FIFA World Cup Finals is kicking off anytime soon, and our meeting chose "FIFA Heat" as the theme of the meeting. For members that are football fans, they have so much to talk about, to share about on the once in every 4 years event!

The word of the day was "Spectacle".

As usual, we practiced our tradition, meeting started on time, regardless of whether all role players had reported on duty. Our Assistant Sergeant At Arms (ASAA), CS Siah called the meeting to order, by reciting the Toastmaster's Promise. 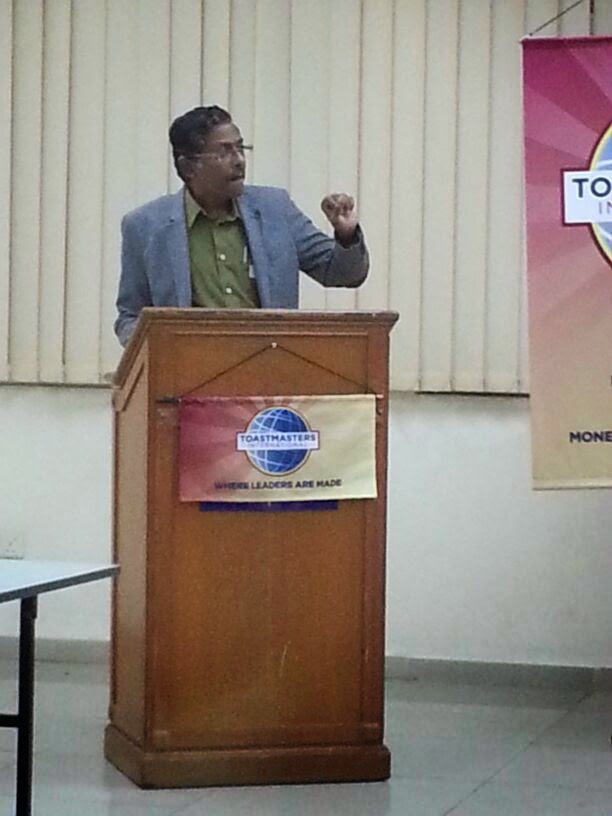 Club President, CP Lau, Advanced Communicator Bronze (ACB) and Advanced Leader Bronze (ALB) gave his opening speech by welcoming the honored guests and led the members to introduce themselves in order for the guests to know us better.

The Toastmaster of the evening (TME), Mathew Philippose, Competent Communicator (CC) took over the control from the President and briefly talked about the benefit of Toastmasters. 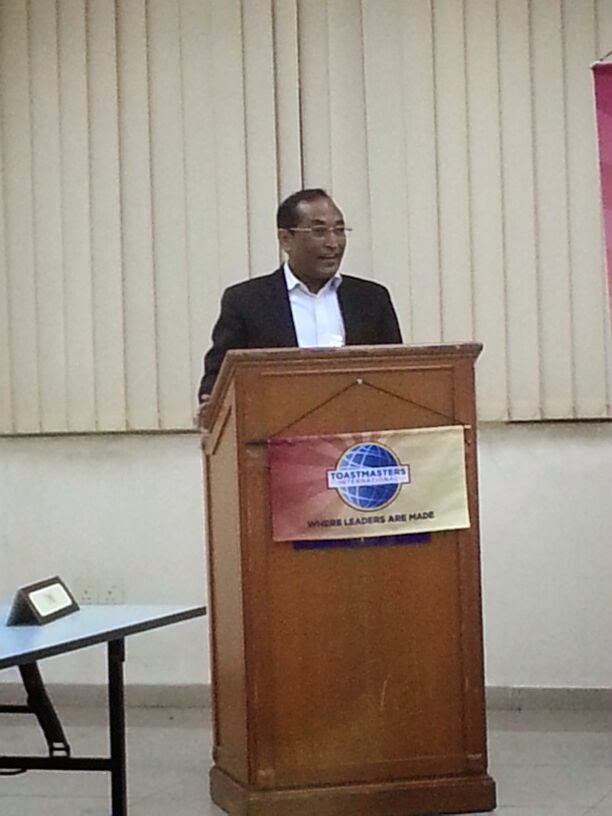 Ron Yeap, CC was the Humor Master of the meeting. He made fun/ humor of the words, "Complete" and "Finish". It was short and entertaining. 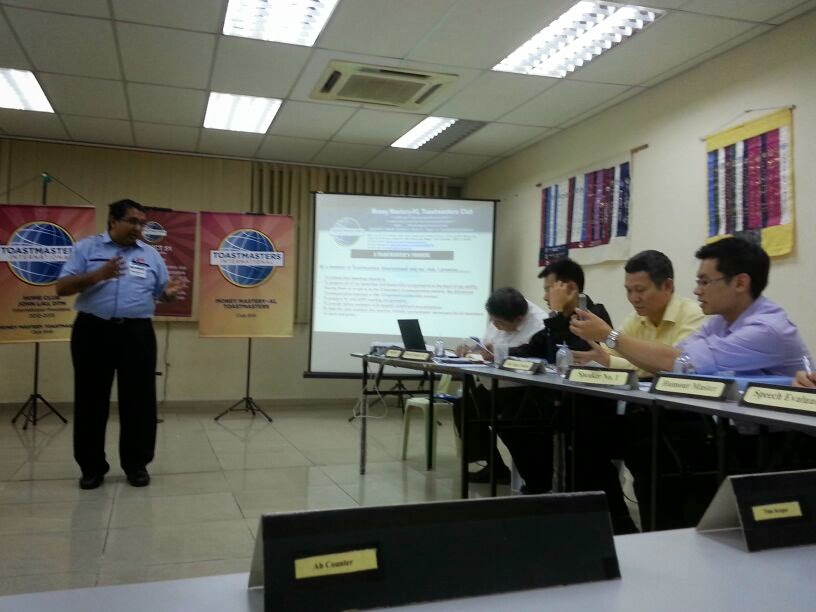 Serena Kong, ACB was the Table Topics Master, creatively prepared the topics, which were all related to the current hot topic, FIFA World Cup. The following members had participated in this most exciting session in the meeting:-
1.    Eric Ng, TM
2.    CS Siah, TM
3.    Vijakumar, TM
4.    Ron Yeap, CC

Except Ron, whom was disqualified, the rest of the participants were in the run for the Best Table Topics Speech award in this meeting. The Table Topics speeches were subsequently evaluated by Tan Ben Hoe, CTM, CL

In the assigned speech session, we had CS Siah, TM delivered his first speech from the CC Manual, the Ice Breaker speech. Siah told us about the himself. His father created a name Chee Seng for him, hoping him to always carry the spirit of winning in whatever he does. Siah was given the standing ovation from all members on his first giant step to speak in front of an audience. Bravo, CS Siah!

Vijayakumar, TM was the second speaker for the day. He shared with us about his greatest achievement. Vijay likes teaching very much and now currently an independent teacher, teaching English. He talked about how passionate he is, how much joy he has when teaching. 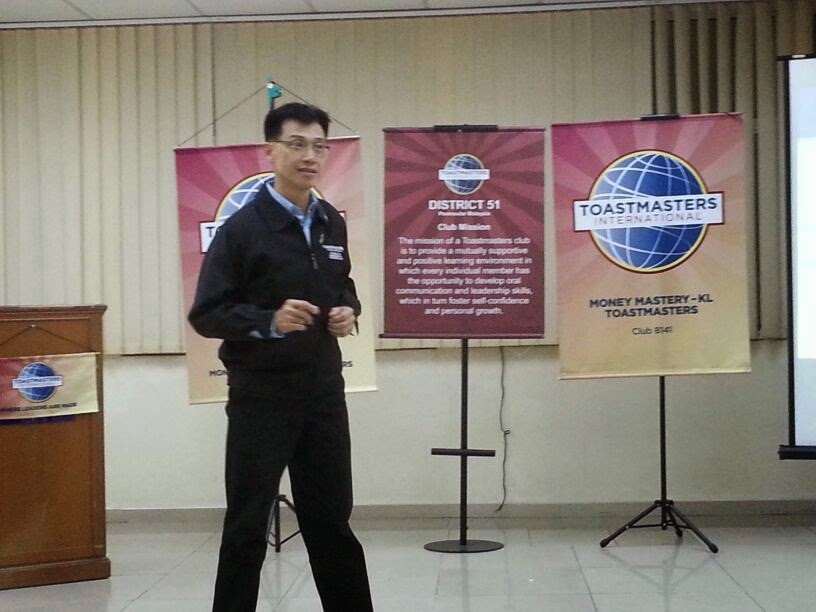 The final speaker of the day was Ken Chan, DTM, presented his speech from the Advanced Communication Manual, on the Interpersonal Communication Series, speech number 5, Asserting Yourself Effectively! He used our club's blog update delay as the topic to demonstrate the skills of being assertive. To present it more effectively, Ken had asked Ron Yeap to be the role player in his speech. Well done!


Before the break, Mathew had conducted the new member induction session to officially receive Eric Ng, TM as our club's new member. Welcome on board, Eric!

During the break, members were enjoying the hot and spicy nasi lemak. We had our "ice cream" cake to celebrate our June's birthday members. Hj. Hashim Adnan was the "birthday boy" and he was delighted to "blow" the candle! Happy Birthday Tuan Hj.. 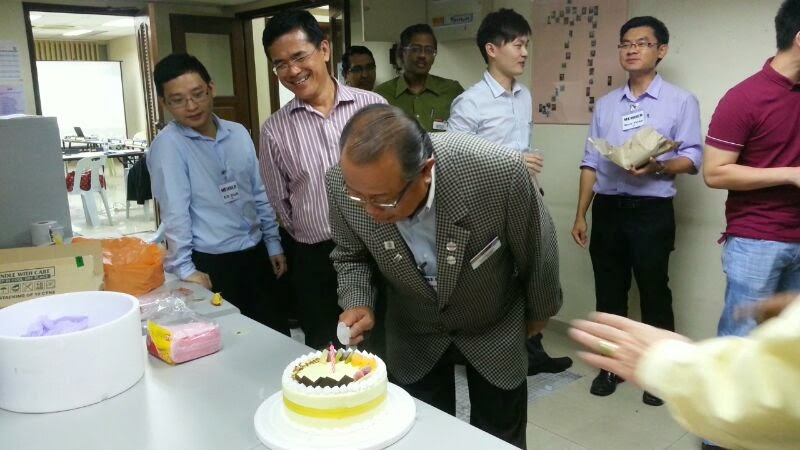 When the meeting resumed, our beloved GE took over the session and led the team of his evaluators to evaluate on table topics presentation and all 3 speeches done. Below is the list of members who evaluated:-
1.    Tan Ben Hoe, CTM, CL - as the Table Topics Evaluator evaluated on Table Topics.
2.    CP Lau, ACB, ALB - evaluated CS Siah's Ice Breaker speech.
3.    Kevin Khoo, CC - evaluated on Vijaykumar's speech.
4.    Hj. Hashim Adnan, CC ALB - evaluated on Ken's speech.

GE, during his report had commented about our meeting. He had provided the club some very constructive suggestion for us to improve on! Thank you, Sivalingam, DTM for your kind words! 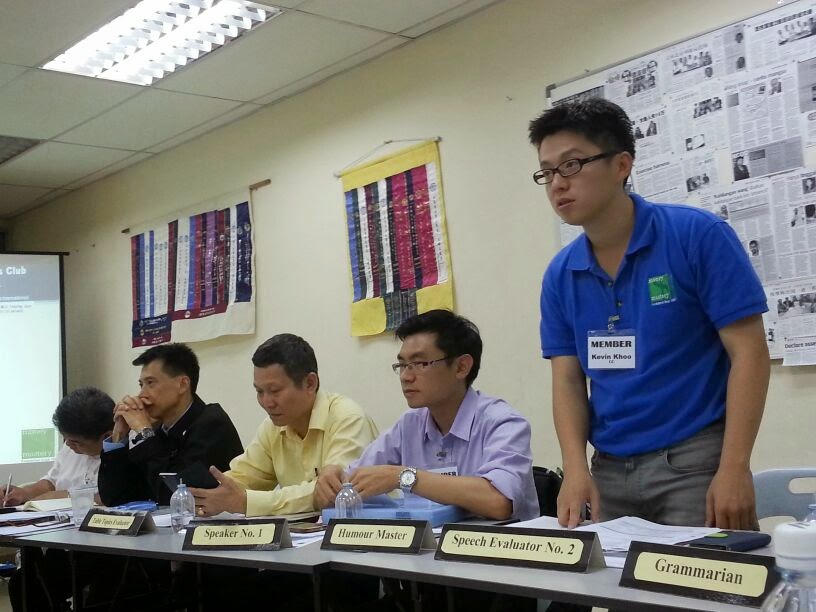 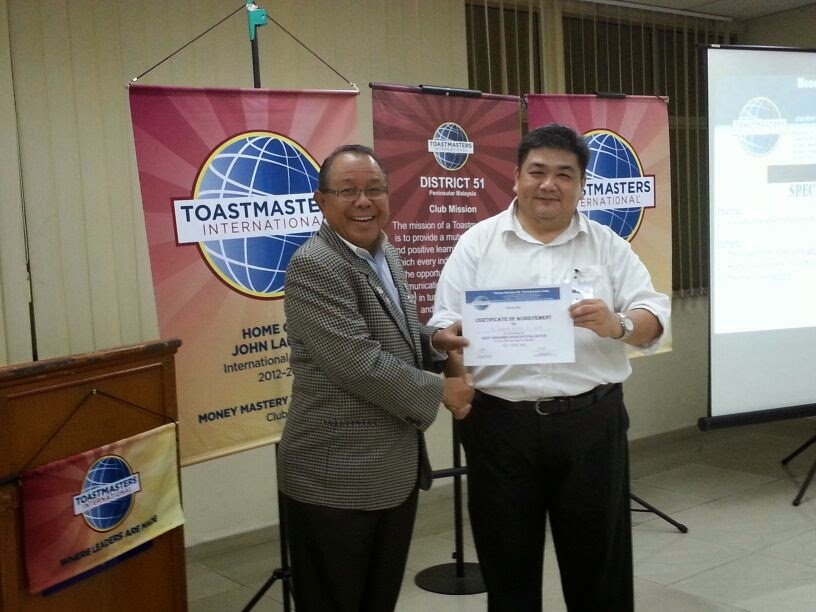 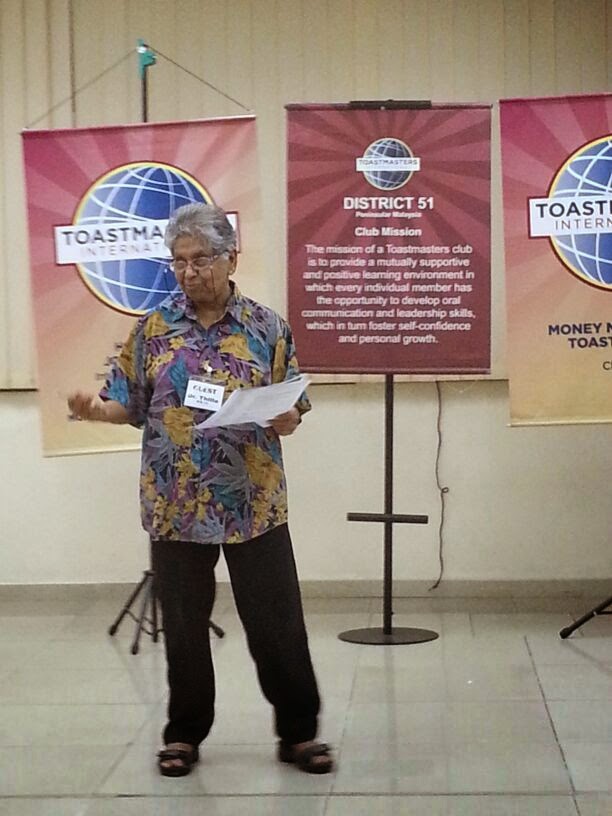 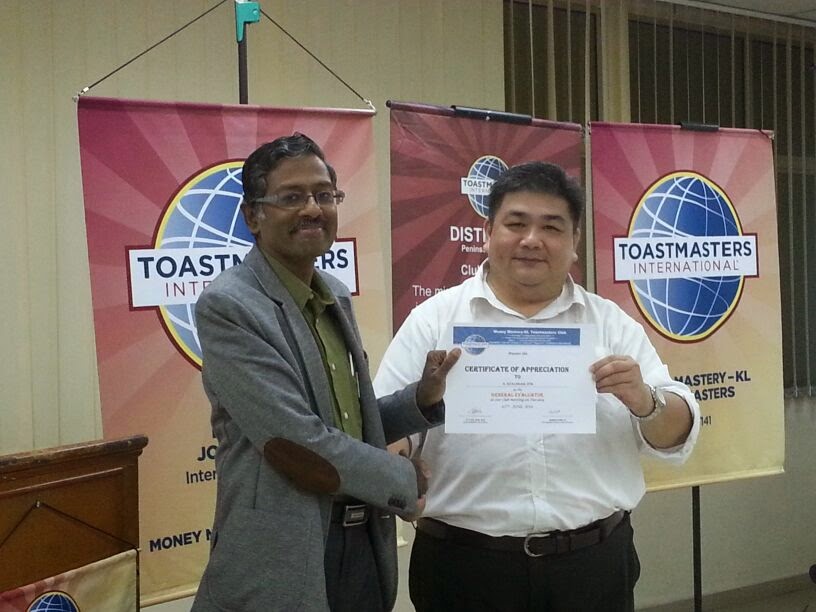 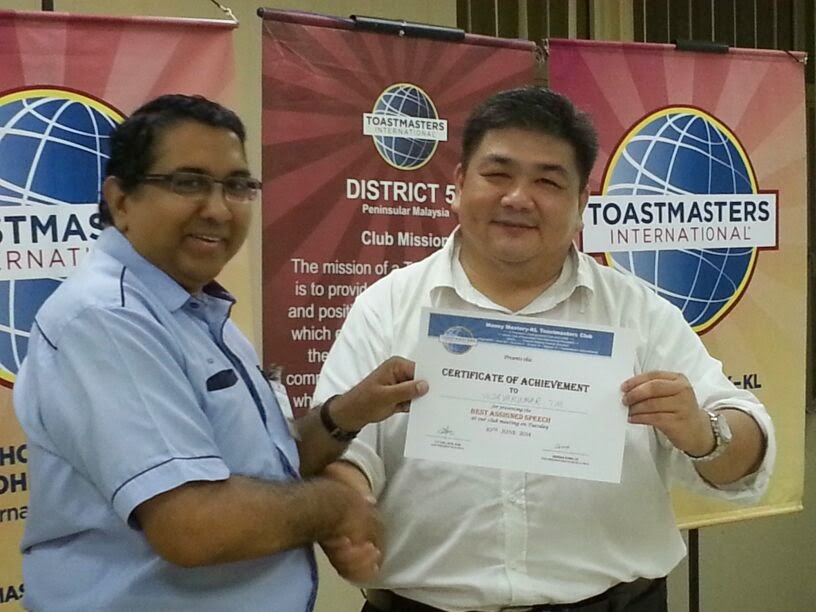